Coronavirus in Scotland: ‘Children have been left growing up in a world full of fear’

Alison Hampton, a counselling leader, worries about our mental health 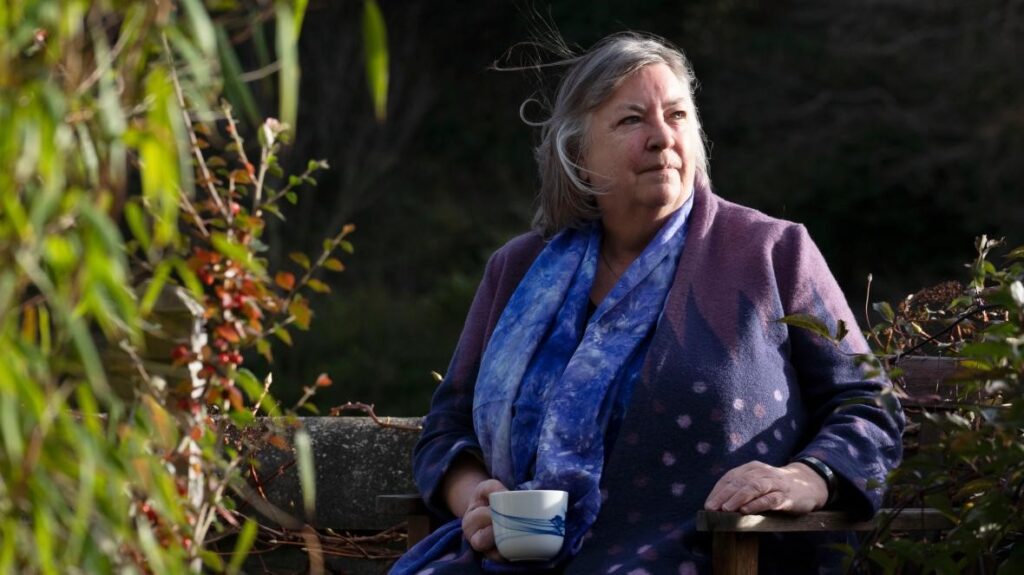 The long-term effect of the Covid-19 pandemic on the mental health of children worries Alison Hampton. As director of Edinburgh’s largest voluntary counselling service, she has seen a marked increase in anxiety, stress and depression among her clients, but the worst, she fears, is yet to come.

“Young people have just not been able to have normal happy-go-lucky childhoods,” she says. “Instead they’re growing up in a world that’s full of fear, and we don’t know what impact that is having on young minds.

“You want children to feel that the world is on the whole a pretty safe place and you can afford to take risks, run free and so on. But now we’ve built this fear into children, and we may see that coming through as they grow up. The impact on children in future generations is something I find quite scary.”

The pressure on Ms Hampton’s organisation, PF Counselling in Morningside, has grown since the lockdown in March. With 350 clients on its books, it has had to close its waiting list. When last it opened the list again it had 50 inquiries in a day.

It is not just the isolation that has become the hallmark of the pandemic. It is, she believes, something deeper.

“This morning I was hearing of a woman in her fifties who told us, ‘Covid has just made everything worse. It speaks of loss everywhere.’ That struck a chord with me. Every time you put the TV on you see some issue that increases anxiety or depression, and a whole host of other things.

“It’s not just the fear of getting Covid, but the fear many have of losing their jobs, how they are going to cope financially. Home education, for instance, has been a massive thing for many families. It’s like the world’s been turned upside down.”

At the beginning of the pandemic, when streets were empty and social distancing rules were imposed, she detected real fear among her clients: a fear of catching a disease that few of them understood. Gradually that fear has been replaced by something else: a deep-seated anxiety brought about by loss of contact with other people.

“For many people the isolation has been a huge issue,” she says. “People who depended on human contact to keep them on an even keel, they’ve found that isolation really hard.

“More generally, it’s an existential crisis for society as a whole. We are all wondering when is this going to end, and what kind of world we will have afterwards. The normal we used to know is probably not going to come back ever.”

Last year PF Counselling won a Queen’s Award for voluntary service, recognising the work it had done in turning people’s lives around. Ms Hampton, 67, who has been a director for ten years, came to counselling via a roundabout route. After leaving school at 15 and marrying young, she helped her husband to build up a sailing business. She herself built two self-catering cottages and ran her own business. When the two separated she decided to go to university at the age of 30, gained two degrees, at Napier and Strathclyde, and went on to work on change management in the NHS. The move to counselling came about because she felt she wanted to change people’s lives.

“I gradually worked out if you really want to make a difference in society you have to start with the individual,” she said. “I went from working with large groups in a large organisation and honing that down to smaller groups, and trained as counsellor. If you want to change relationships, family life, communities, if you start with the individual you can make a real difference.”

Since the onset of the pandemic, most counselling has been done online or by telephone. For some that has proved a success but others regret the loss of human contact.

“It depends on the counsellor,” Ms Hampton says. “Some are more tuned in to the body than others, they’ll be asking the client, ‘How are you feeling, where are you feeling it?’ They miss that. One of them told me, ‘I’m peering into the screen trying to see what their feet are doing.’

“For others, however, it’s quite convenient. They’re all volunteers, they’ve got busy lives and they’ve embraced video counselling. Equally, for those clients who find it difficult to sit in a room with one other person face to face it’s a great relief to work online. Some have preferred telephone. They may be more comfortable with it. I think we will see a massive amount more online counselling even after Covid.”

Ms Hampton does not doubt that demand for services like hers will continue to increase.

“Since the lockdown, there’s been a marked deterioration in the mental health and wellbeing of people overall,” she says. “For those already suffering in life it’s been enough to tip them over the edge, to be barely able to function in some cases. It’s affected all sorts of people in all sorts of ways, and that I suspect is going to increase in the future.”